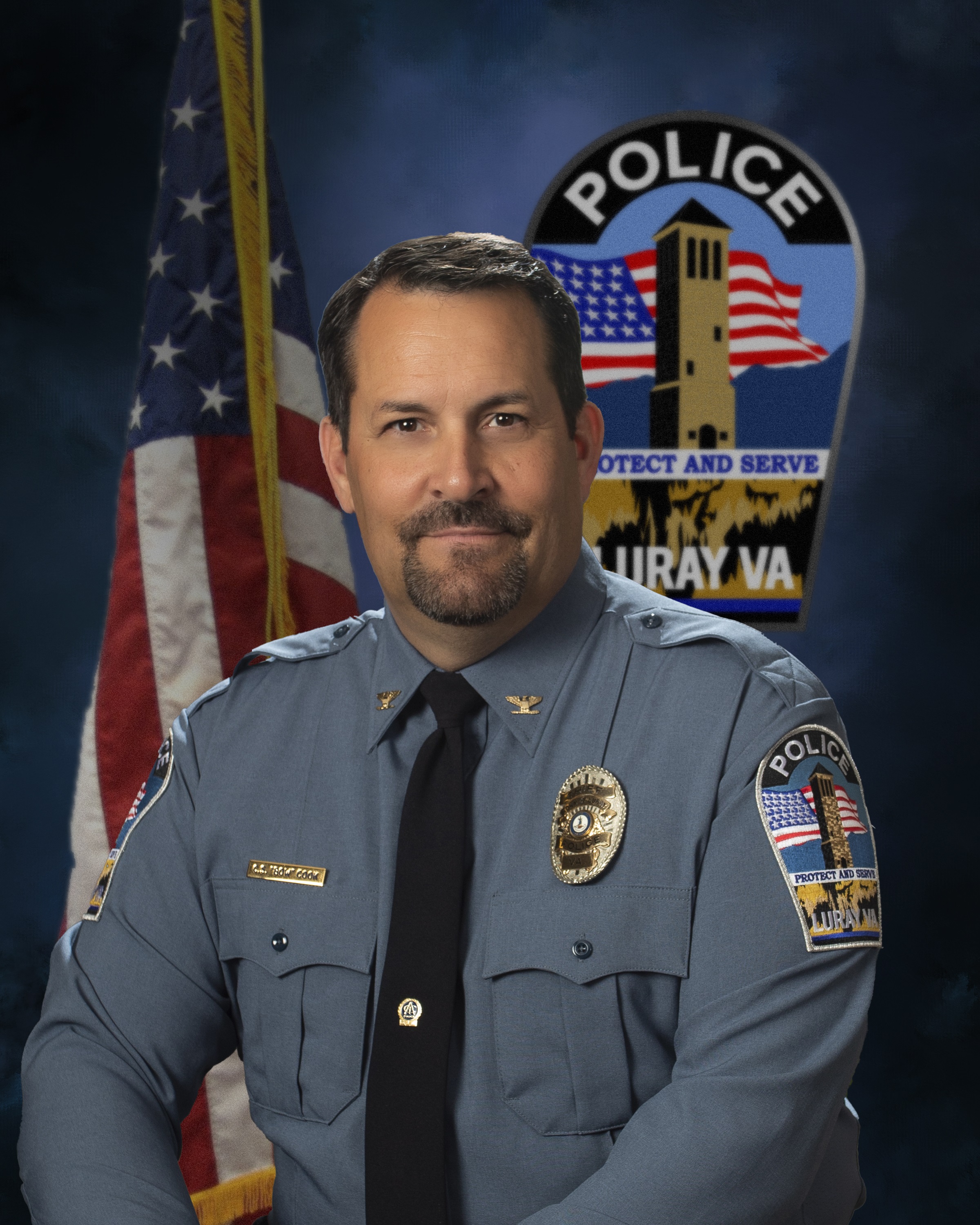 Chief Cook began his career as a patrol officer for four years with such success it led to being offered a position as an Investigator with the Page County Sheriff’s Office.

Chief Cook’s continued success led to his appointment as Captain of Investigations where he led a team of 12 highly trained Investigators including the drug task force for the next eight years.  More recently he served as the Assistant Chief of Luray Police Department in 2015 until he was appointed as Chief of Police on January 1, 2016.  Chief Cook was selected for the highly sought after Virginia Forensic Science Academy where he obtained a certification as a Certified Forensic Crime Scene Investigator.