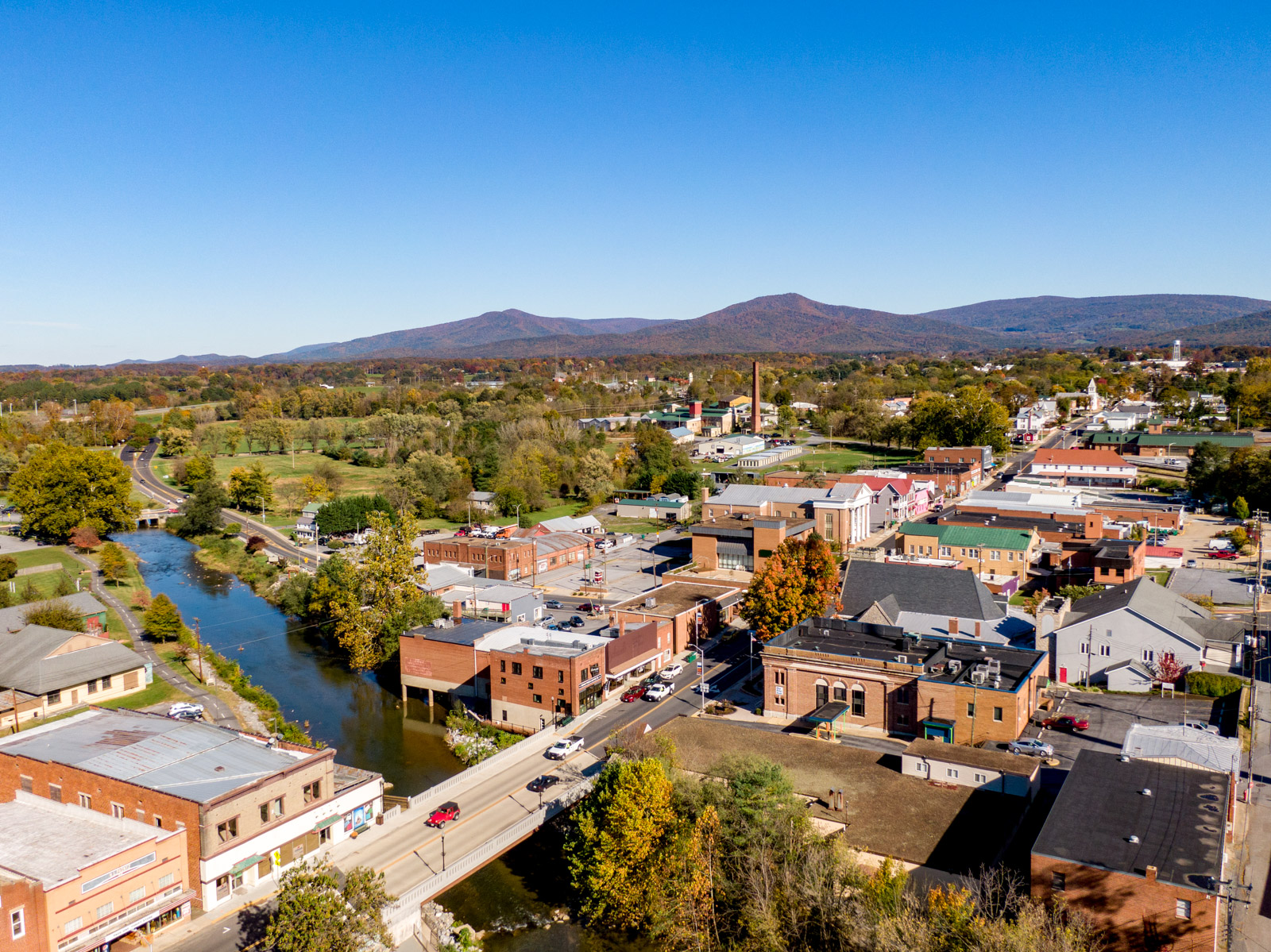 GET TO KNOW US

History of the Town

In 1781, Dirreck Pennypacker located the Redwell Furnace about a mile north of the current Town at Yager’s Spring.  Here, Pennypacker operated a forge and a foundry making nails, farm tools, kettles, stoves, and other iron products.  The iron works was later renamed the Isabella Furnace. More industry was located about a mile south of Luray at Willow Grove Mill. The small village known as Mundellsville contained a flour mill, carding mill, tannery and blacksmith shop. The economy of the Town would prosper from the nearness of the local industry.

On August 21, 1812, the Town of Luray was surveyed on the lands owned by Mr. Isaac Ruffner.  The first streets platted were Main Street, due west of the Hawksbill Creek, to the top of the hill at present day Court Street.  Court Street was called Peter Street in memory of Peter Ruffner, an early pioneer in the area.  Three blocks of three lots each on either side of Peter Street were laid out.  Three cross streets were mapped out due north and south, going west from Hawksbill Creek. These were Water Street (now Hawksbill Street), High Street (now Bank Street) and West Street (now Court Street).  The first house was built here in 1814.  The lots were all the same size and contained about half an acre.  In 1818, the Town was extended by adding 26 lots.  The Town now had 44 lots and the eastern end was at Hudson’s alley near the railroad.  These lots were conveyed to the purchasers by Isaac Ruffner on May 9, 1818.

About 1845, according to Howe’s History of Virginia, Luray contained several mercantile stores, two or three churches, and a population of about 500.  A description of Luray, in 1867 indicates Luray still had a population of 500.  During the 1880’s the population of Luray more than doubled, from 630 in 1880 to 1,386 in 1890.  The Town continued to grow in size from its original 442 acres that was established by the Town Charter in 1871.

In 1941, the first annexation occurred when 289 acres were added to the Town for a total of 835 acres. Ten years later, 284 acres were annexed for a total of 1,365 acres. In 1963, the Town added 410 acres for a total of 1,775 acres. The recent annexation effective since January 1, 1985, added an additional 1,220 acres for total of 2,995 acres.
In the late 18th and early 19th centuries, citizens living in the eastern portion of Shenandoah County – which is now Page County - traveled 35 to 40 miles to the Town of Woodstock, which served as Shenandoah’s county seat. During this era, a county seat served as an important location for conducting essential business such as recording deeds, paying property taxes, and settling disputes in civil court. Therefore, the Town which served as the location of a county seat was usually the undisputed epicenter of civic life for a county and region. For the citizens who lived in the far eastern portions of Shenandoah County, traveling to Woodstock was not only far in distance, but it was an arduous trip as well. Often the trip entailed crossing a mountain pass and several streams. This inconvenience prompted the General Assembly to establish Page County in 1831 with Luray, due to its central location, becoming the logical place for this new county seat. The establishment of Luray as the county seat of the newly formed Page County ensured that the Town evolved into the center for civic, cultural, and economic life.

The Town of Luray is located at the crossroads of major routes of travel, approximately 90 miles west of Washington D.C. and 45 miles south of Winchester. Interstate 81 is located just 15 miles to the west; and Interstate 66 is just 25 miles to the north.  The Town of Luray was established by act of General Assembly on February 6, 1812 on ten acres of land near Hawksbill Creek. Today, the growth of Luray continues to be fueled by its prime location: the ideal balance between rural scenery and travel connection.  Home to Luray Caverns, Old Rag Mountain, and countless historic and scenic marvels, the Town of Luray features something for everyone.

Luray is the county seat of Page County, Virginia, United States, in the Shenandoah Valley in the northern part of the Commonwealth. The population was 4,895 at the 2010 census. The town was started by William Staige Marye in 1812, a descendant of a family native to Luray, France. The mayor of the town is Jerry Dofflemyer.